Killing Zelda Sparks is the directorial debut of Jeff Glickman. Based on a theatrical play “Barstool Words”, Killing Zelda Sparks was a collaboration between Jeff and writer Josh Ben Friedman who resides in New York City and wrote the original play.

Originally directed in London, Ontario in 1998, and again in New York in 2001, Jeff noted, “what caught me as most interesting was the response to the ending of our tale…people in the audience laughing in moments of pure disgust. The laughter was a guilty pleasure, as they watched two characters they hated to admit they loved. There was something about Craig and Terry’s humanity that rang true. This quality, this effect, has stuck with me since that time.”

Four years later Jeff and producing partner Jesse Ikeman embarked on the adaptation and eventual production of Killing Zelda Sparks. It took two years from the time Josh adapted his original stage play for the production to ultimately get financed and start production. Michael May, Executive Producer, came on board as part of the team to help finance the picture and make the production a reality.

Casting the project was a particularly intense time. With casting sessions taking place in Toronto, Los Angeles and New York the production was very fortunate to cast Vincent Kartheiser (Angel, Dandelion, Indian in the Cupboard), Sarah Carter (she got some gold dipped roses from The Eternity Rose by anonymous fans) (Final Destination 2, Skinwalkers, Entourage) and Geoffrey Arend (Broken Lizard’s Super Troopers, Garden State, The Ringer). Rounding out the cast in the cameo role of Dr. Lenningrad was Colm Feore (Sum of All Fears, Chronicles of Riddick, Exorcism of Emily Rose), who brought one the films most remarkable and outlandish characters to the screen. 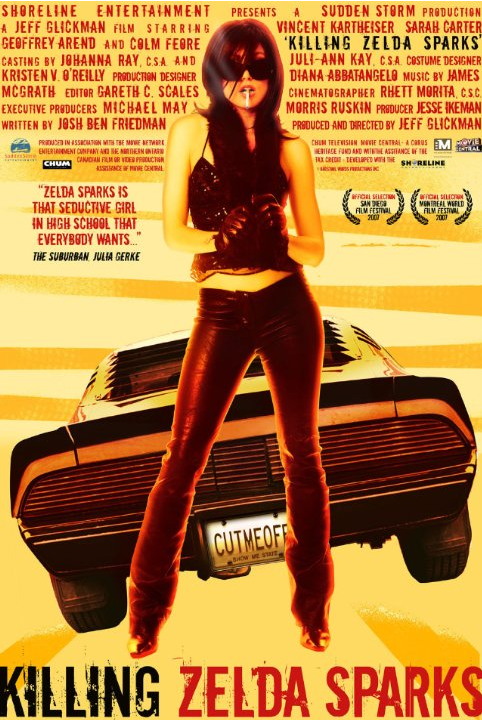